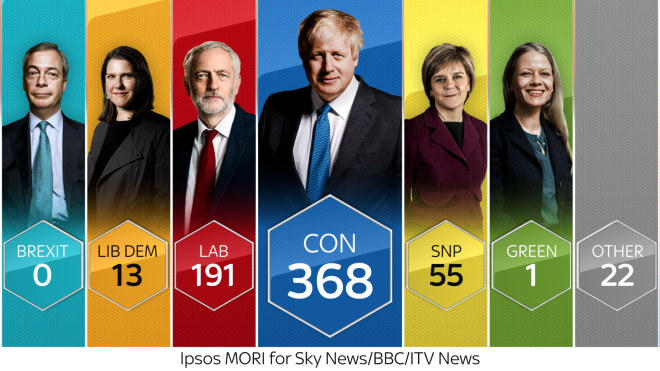 “Like Trump, Johnson realized that his nation’s leftward party had abandoned its working-class voters in order to pander to the comfortable classes. He went to the working class voters Labour had abandoned and spoke to them about the issues that concerned them—above all, an end to the open borders and free trade agreements that drove down working class wages in order to boost middle class salaries and investment class profits—and found them more than willing to listen.”

John Michael Greer, “To the shores of a surging ocean”

The last Labour Prime Minister, Gordon Brown, was reported to have warned during the dying days of Labour government that if they let the Tories into power the Labour party would never get back in. Disappointed Labour supporters might feel that this prophecy is coming true after another shattering defeat on 13th December 2019.

The Tories made sweeping gains across the Red Wall, the old Labour Leave voting strongholds across Wales, Midlands and the North. The eventual vote tally surpassed my baseline prediction of a comfortable Tory majority and pushed it closer to a 1987 scenario which I warned could happen in my last post.

Overall, despite the poor performance of the Scottish Conservatives, I am reasonably happy with my forecast. It captured, unlike some commentators, the sizable Tory majority and I never ruled out the possibility that the Tories could be heading towards a larger majority along the lines of Thatcher’s 1987 victory.

What I didn’t fully realise was that Nicola Sturgeon decision to pivot from indyref2 to prioritising stopping Brexit in the last week of the campaign probably did enough to ensure that left-wing Unionist Labour voters would swing to the SNP over the Tories. The lesson from that is not to under-estimate the SNP leader Nicola Sturgeon!

So, what was the main lesson from this election? I would argue that it was the electoral revenge of the so-called gammon voters. The term gammon has become popularised by a rather toxic set of upper-middle class social justice warriors to describe working to lower-middle class white middle-aged men with slightly reddish complexion.

These voters tend not to have a university education, have worked in manual jobs or are self-employed and have socially conservative views. They historically have voted Labour but have been drifting away since the early 2000s to the Tories, UKIP/Brexit Party or not voting at all. This key voting demographic, who tend to live in the Red Wall, was referred to by a Tory think-tank as Workington Man and provided Boris with his stunning majority.

There has been a ferocious post-election debate within the Labour party on what was to blame for Labour’s defeat. Some have argued that neither Corbyn or his policies were at fault but rather Labour’s Brexit position.

The problem with that argument is that Corbyn’s personal ratings had been consistently grim for months prior to the election. Popular perceptions of his fitness to run the country, manage the economy or keep Britain safe were abysmal. As I noted in my last post elections are inherently presidential affairs and the majority of the public had concluded Corbyn was not up to the job.

As for Labour’s super-radical manifesto, the reaction in focus groups was dismissive laughter when Labour’s policies were read out. People simple didn’t take it seriously. Labour would have been far better keeping to a more centre-left (albeit still radical) 2017 policy manifesto with a few key pledges that sounded vaguely feasible should they get into office.

Labour’s defeat had its roots in the aftermath of that June 2017 campaign. Despite the fact that the Tories clung onto office, the Tories underwent the political equivalent of a near-death experience. The recriminations were brutal and a forensic process started in Tory HQ on what went wrong. Yet, it must be stressed that Theresa May managed, despite the abysmal campaign, to get over 40% of the vote and gain marginal seats like Mansfield. 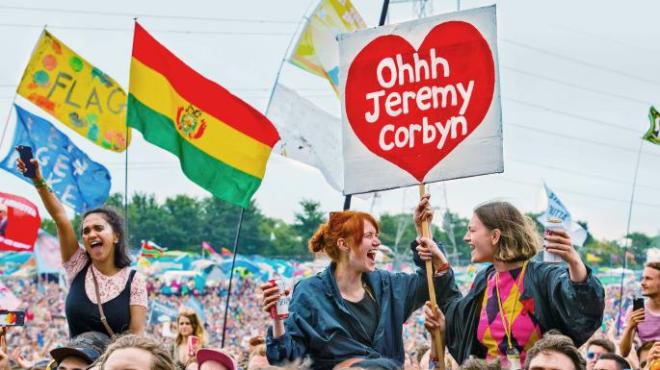 Labour, on the other hand, had a very different reaction to another electoral defeat against the worst Tory leader in living memory. They went on a political equivalent of a 24 hour cultish party where Jeremy Corbyn became a secular Messiah to the chants of “Oh Jeremy Corbyn”. There were no tough questions on why Labour failed to get more votes and what they needed to do to give them a better chance of converting some of those Tory voters into Labour at the next general election.

In an alternative history, Corbyn might have moved to neutralise his historical “baggage” – e.g. the historic associations with IRA, Islamists and so on – through an apology or acknowledging that he had made mistakes in the past. Along with a tougher position on law-and order, national security and Brexit, that might have been enough to persuade some voters to give him a chance. It was those “gammon” voters who were most suspicious of Corbyn. The failure of Labour to deal with their weaknesses proved fatal in the winter of 2019.

There is no doubt that Labour’s flip-flopping over Brexit irritated both Remain and Leave Labour voters across the country. Still, I would argue that by shifting to an official second referendum position, Labour lost the support of Leave voters (those “gammon” voters) across their traditional heartlands which proved fatal in the December election. Brexit was only one, admittedly big issue, which encapsulated a deeper sense among Leave voters that Corbyn’s Labour party did not share their values, their patriotic love of the country or their economic interests.

Now, the Tories have the opportunity to convert this new cross-class electoral coalition of the small shires, suburbs and towns across England and Wales (outside the big urban cities) into a new era of Tory hegemony. Already, it is looking likely that the Tories will rule for the entirely of the 2020’s given the scale of the swing needed for Labour to get into power.

This article brilliantly explains how the Tories have transformed their position and what a dire position Labour is now in. As the writer notes, “Brexit is a sign of the times, a glimpse of the future but the progressive mind can only see it as reactionary, nostalgic and backward looking. The decisive role of the working class in asserting national sovereignty through its democratic vote in order to renew the ancient institutions of Parliament and the common law is incomprehensible to the left.”

By embracing a hard Brexit, with the clear commitment to ending free movement, the Tories signalled to the working classes that they could be entrusted with their vote. As Greer notes, Brexit was driven by the bottom 80% of voters who had been economically hit by the impact of mass movement of EU workers into the UK which effectively capped their wages over the preceding 15 years. It’s not a coincidence that real wage growth for the working classes has only picked up since 2016 as the supply of foreign workers dropped after the referendum result.

I will be writing my 2020 forecasts soon but one thing is clear, the shock waves of Boris stunning political victory will have ramifications for America. Should the Democrats run on a left-wing “woke” policy platform they will struggle to win over Middle America in November 2020. However, much voters wince at President Trump’s tweets, his vulgar and at times unpresidential behaviour, they will be unlikely to turn over the White House to a far-left Democrat radical.

The Tories crushing victory in 2019 may prove, as Michael Bloomberg warned his fellow Democrats, a canary in the mine for the Democrats this year.

I will be posting my 2020 forecasts soon and look forward to any feedback you might have.

All the best and a Happy New Year to all my readers.

Revenge of the Gammons